The Society of Professional Journalists, Associated Collegiate Press and College Media Association are pleased and excited to bring you MediaFest22,

Get our official event app, 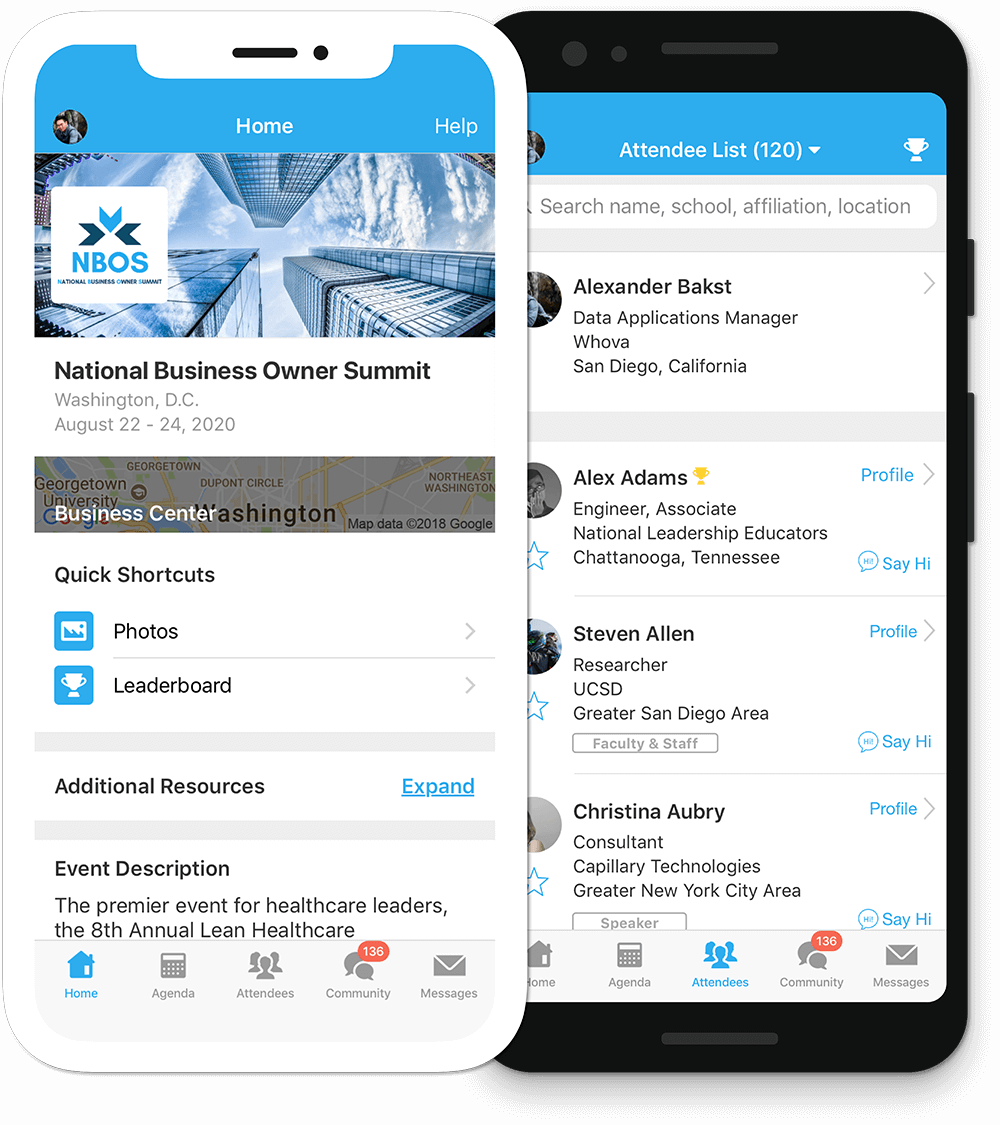 Get the most out of the app and have a more productive experience!

NAVIGATE the event agenda and logistics, even without Wi-Fi or data. Access useful information like ridesharing and local attractions through the Community Board

NETWORK effectively. Plan whom to meet by exploring attendee profiles and sending out messages

MediaFest22 is a unique and inspiring journalism convention experience, bringing together professional journalists, student journalists and college media advisers from every area of journalism, from across the country, to our nation’s capital. Attendees will hear from renowned speakers; benefit from hands-on workshops, general sessions and concurrent breakout sessions; enjoy networking opportunities; soak up everything the exhibit hall has to offer; celebrate during awards presentations, banquets and receptions; unwind during tours of the city and historical sites – and so much more!

Learn about journalism and media trends, new digital tools, emerging technologies and career opportunities. But that’s just the beginning. You’ll also get to delve into topics like tools for investigative journalism and newsroom diversity, as well as covering hot button issues like immigration and healthcare. MediaFest22 will provide a place to network, gain career feedback and explore new opportunities.

MediaFest22 brings together SPJ, the most broad-based professional journalism organization in the country, with ACP and CMA, who have partnered for more than 60 years to host one of the most inspiring student and professional media events.

No matter where you are in your career – an undergrad student journalist, a mid-career journalist or a retiree, MediaFest22 will create the environment for one-on-one connections, inspirational messages from keynote speakers and tools and strategies to take back to your newsroom or classroom.

Keep checking back for more details as events and sessions are added and follow #MediaFest22 on social media for all the latest information. We can’t wait to see you in D.C. this October!

Experience DC from a whole new perspective. With your choice of dining or sightseeing adventures, the nation’s capital has never been more exciting. Upon boarding, you’ll be escorted to your private table by our attentive onboard crew, where you’ll enjoy freshly prepared menu items as you cruise against the city’s outstanding memorials and scenery.

Thank you to the National Basketball Association (NBA) for sponsoring this event.

Please note: While the Opening Night Reception open to all MediaFest22 attendees, we are no longer selling additional tickets for this event. For questions, email membership@hq.spj.org.

The Society of Professional Journalists recognizes Jerry Green, Roland Martin, John Quiñones, Clarissa Ward and Bill Whitaker as Fellows of the Society, the highest professional honor awarded by SPJ, for extraordinary contribution to the profession of journalism.

The Fellows will be honored at SPJ’s annual convention Oct. 27-30 in Washington, D.C. SPJ launched the Fellows of the Society program in 1948 and has named three or more Fellows every year since.

Click the following link to view nearby dining recommendations, hotel information,
as well as tours you might be interested in taking up in your free time while in town!

Gear up for convention with some MediaFest22 merchandise available now in the SPJ online store! You’ll find shirts, masks, mugs and more.